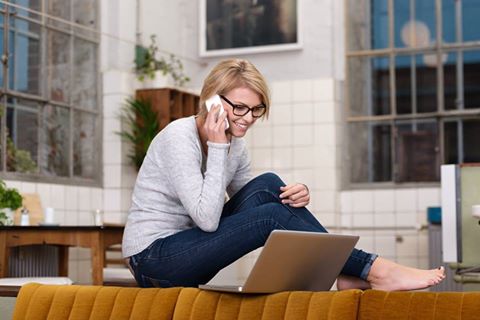 Feeling stuck in your job? Read my client’s story below and see if you can relate, then contact me for your FREE career coaching consultation today!

Abby* is a professional in the corporate world who came to see me because despite the great money and benefits she received from her job, she was not happy. She realized she had been unhappy for years, but had convinced herself that the money and security was worth the trade-off. She had also gone through a divorce, and did not want to have to count on someone else for her livelihood. Like many of my clients, she came to me because she reached “a breaking point.”

For her, that breaking point seemed an unlikely one—she had been given a promotion with more responsibilities, a fancier job title, and more money. One of those responsibilities involved her supervising others, and she quickly discovered it was not a task she enjoyed, stating, “I don’t want to babysit other adults.” She struggled with the fact that she knew others would consider her lucky and envy her “success,” but in truth, she felt miserable and knew in her gut that something needed to change.

Due to the divorce, and wanting to be self-reliant, Abby had been diligent about saving her money and after assessing her financial needs, she concluded she did not need to make the same amount of money she had been making in her corporate job in order to thrive. After completing several assessments and assignments, as well as introducing mindfulness concepts such as meditation, Abby discovered her true career passion where she felt she could really make a difference in an area that reflected her personal values. We laid out a step-by-step plan for Abby to transition to her new desired line of work. Abby expressed regret that she had waited so long before making the change, but I told her that I’ve worked with clients who were in their mid-60’s and that it’s never too late to change your life for the better.

Abby ended up in a meaningful and rewarding job that lined up with her values and brought in a higher salary than she had anticipated. She commented at the end of our work that “everyone should hire a coach,” but in truth, it’s not for everyone. Many people go through their life, living it according to the expectations of others, whether it be parents, spouses, or friends. They go through the motions, achieving the commonly accepted versions of success in our society, even if there is an emptiness inside that they can’t identify. All personal growth happens outside of one’s comfort zone, and it takes a brave person to make themselves uncomfortable on purpose. While some of my clients were made uncomfortable by outside circumstances, such as getting laid off due to down-sizing, most of my clients have decided on their own to make big changes. If you aren’t waking up every day excited for your job, or if you feel you aren’t thriving and that something is missing, then coaching might be for you.

Contact Dr. Kristi today to set up a FREE 30-minute career consultation if you’re ready to change your life: Kristi@ProsperityCoachingandConsulting.com