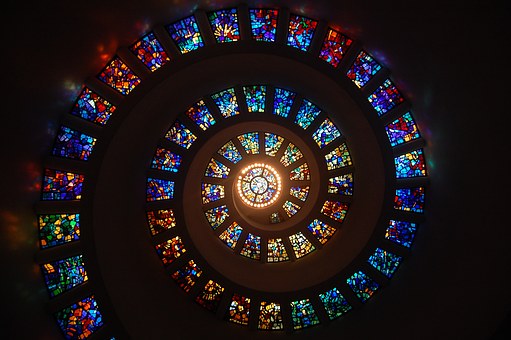 Meditation and Mindfulness for Success in Business: Part One

This is the first part of a 3-part series of how to incorporate mindfulness and meditation into your life, and specifically, in order to maximize your career and business decisions.

I’m the first to admit that when I first raise the idea of mindfulness and meditation with my clients, I sometimes get a raised eyebrow in response. Not to be stereotypical, but this has been most true of my male clients who are in high positions (CEO’s, CFO’s, entrepreneurs who own their own companies, surgeons, etc.), and suspect that meditation might be too “woo woo” for them … until they do it. Then, every time, they are also the ones most likely to tell me it has changed their life.

I start by telling them about the billion-dollar hedge fund manager, Ray Dahlio, who is widely considered the most successful of all time in his position, and how he considers daily transcendental meditation to be the one thing he attributes most to his success. Meditation increases mindfulness, which can be most simply explained as “the state of being aware of something.” Mindfulness trains you to stay in the present tense which is where all the best decisions in life are made. In fact, think of every great thing that has happened in your life, and I guarantee it was while you were in the present tense, rather than when you were focused on the past or future. As soon as you are making decisions based on worrying or are ten steps ahead of yourself, you have lost the state of being mindful. Decisions based on fear or anxiety are never as good as the ones you make based on the present moment.

One of my clients told me a great story which highlights this concept. A client came to him offering a lot of money for the type job he does all of the time. His gut sent him warning signals that accepting this client wasn’t the right decision, yet due to the amount of money involved, he took the job anyway. He said the job turned out to be a nightmare which took him a long time to clean up and he wished he never accepted that “great paying client.” He began meditating daily, and soon after, a client came to him with a small job which almost didn’t seem worth the time or money to do the job, but he felt strongly that he should do it. This time, he listened to his gut, and did the job, and the client ended up recommending him to a much larger high-paying client which turned into a huge profit for him. This same client is well on his way to his first multi-million dollar year in income.

What exactly is meditation anyway?

Meditation is a practice wherein you train your brain to “let go,” and is technically defined as an act of reflection or deliberation. I think of it as yoga for the mind. It brings about a state of relaxation, yet also heightened awareness at the same time. Some people use it along with prayer, but meditation itself is not inherently religious, and it has been incorporated into many spiritual beliefs. It dates back thousands of years and the earliest known record of it is in 5,000 year old Hindu scriptures.

Fact: If people fully understood the power within their brains, they would spend just as much time exercising their brains as they do their bodies. I will present a mind-blowing study which highlights this power in Part 2 of this series.

What are the benefits of meditation?

The benefits of meditation are numerous, but a few key ones include:

One of the best benefits of meditation is stress reduction. When the body relaxes, the cortisol levels in the body drop, and meditation has also been found to increase the body’s “feel-good” neurotransmitters such as seratonin. In fact, many anti-depressants and anti-anxiety medications work by boosting the production of seratonin in the brain.

When you are under extreme stress, the stress hormones flood the body to create a “fight or flight” response, which means blood is going to your muscles and away from your brain. Under chronic stress with elevated cortisol levels, we are less likely to make the best decisions because our brains are not functioning at their optimal level. Daily meditation for just 5-10 minutes can make a drastic difference in how our brains work, and helps it to work for us rather than against us.

In next week’s post, we will dive into the science behind meditation (why it’s quite far from “woo woo”), and what your brain looks like on meditation. Until then… 🙂 Kristi